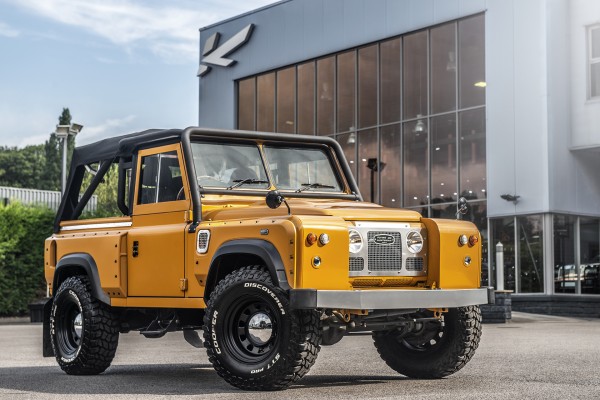 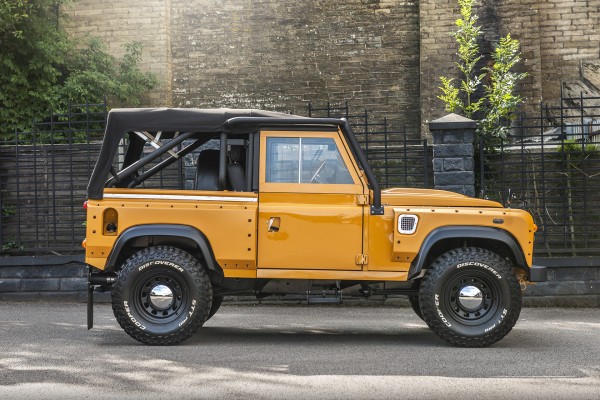 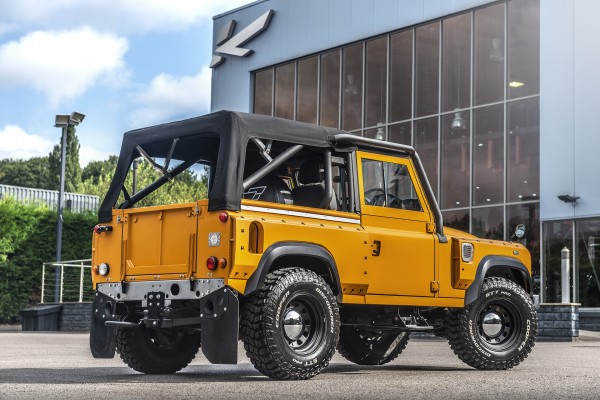 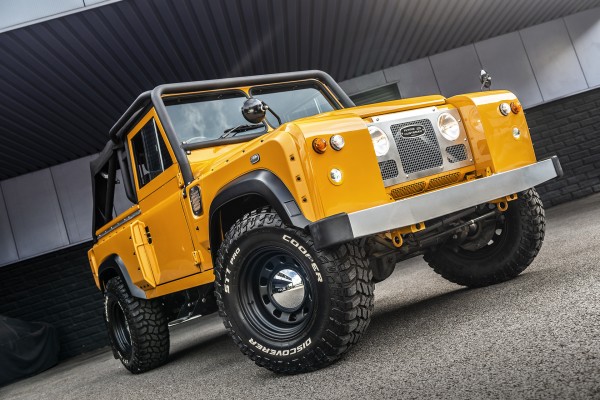 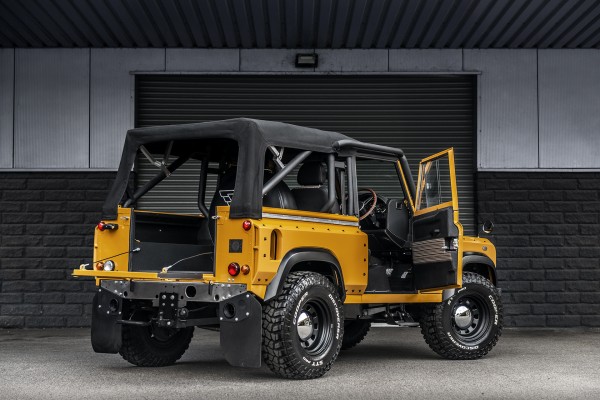 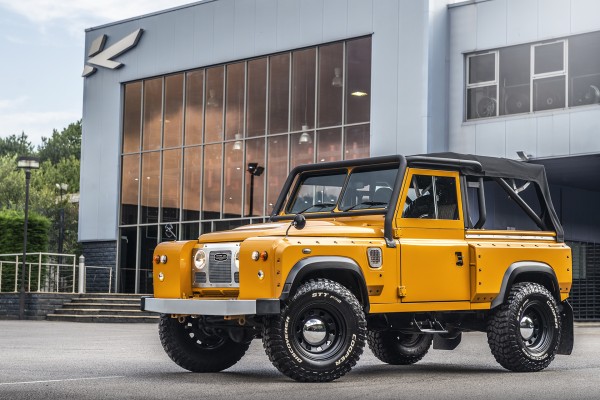 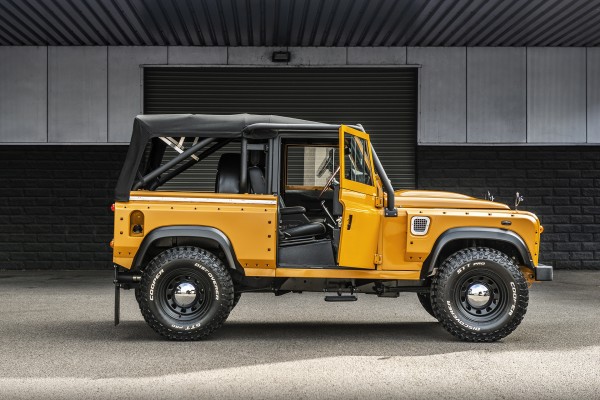 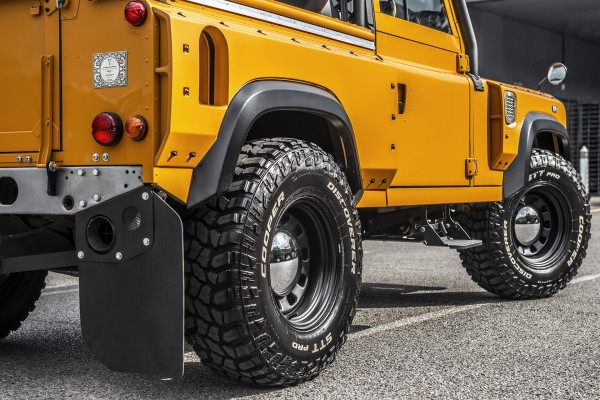 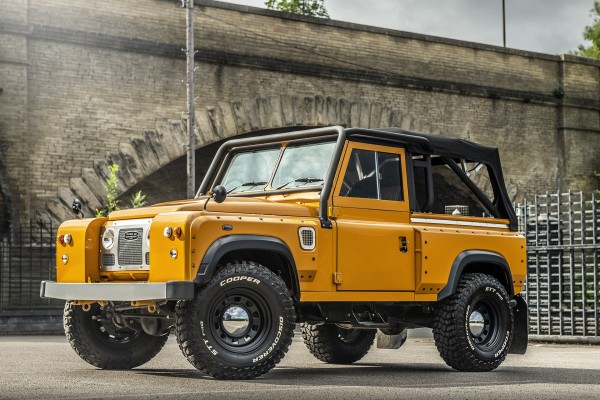 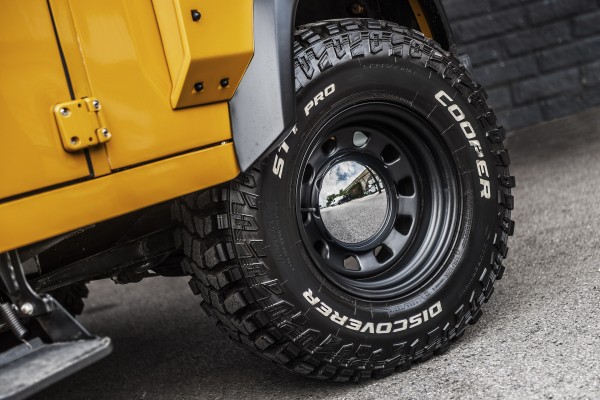 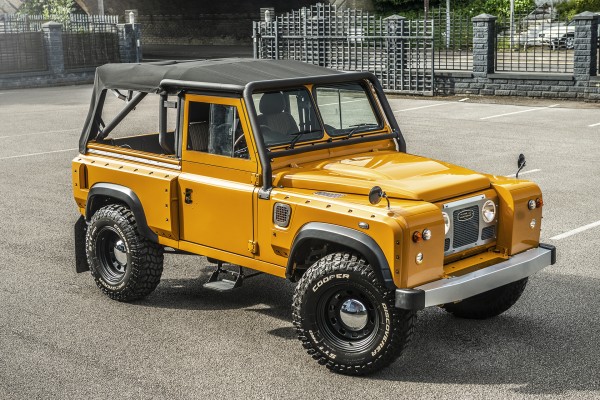 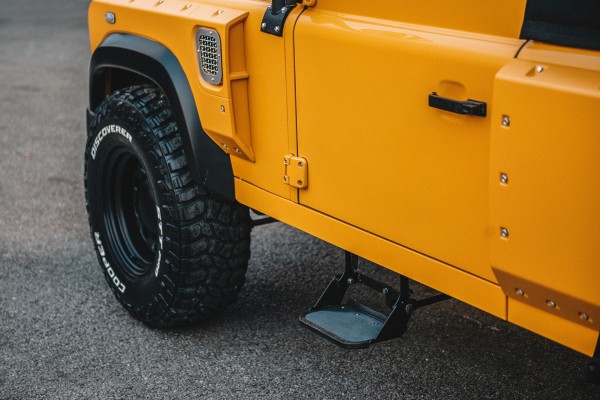 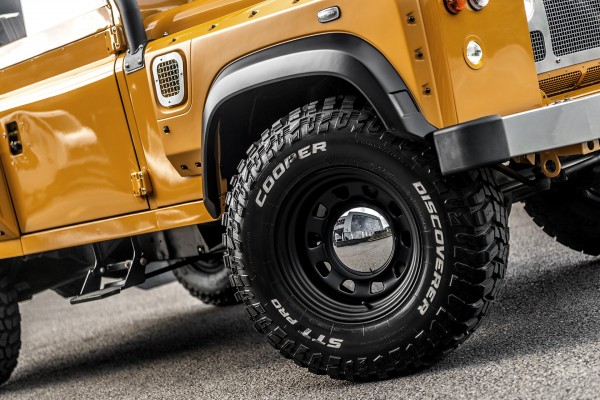 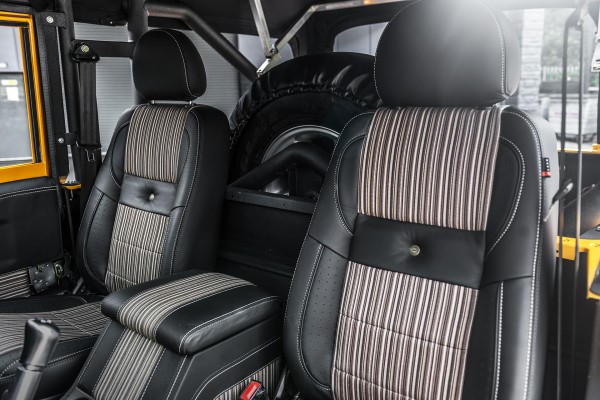 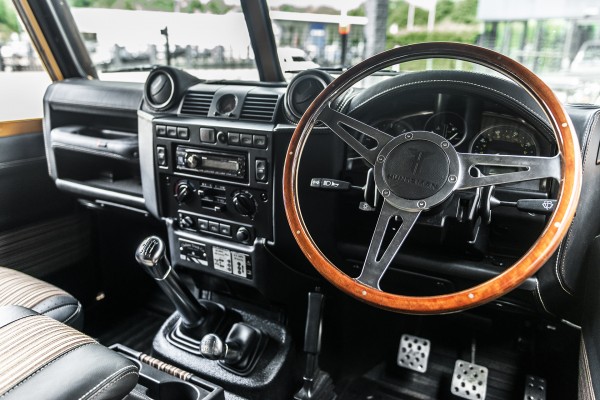 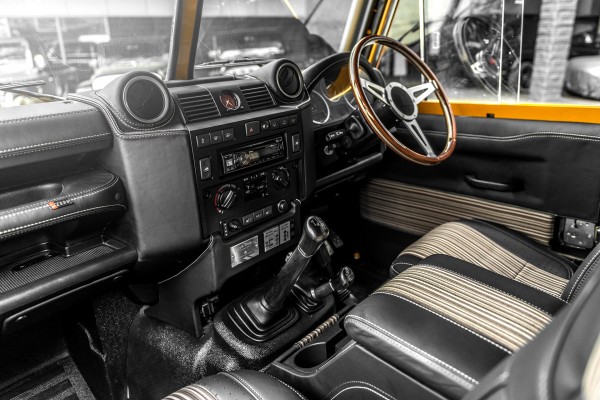 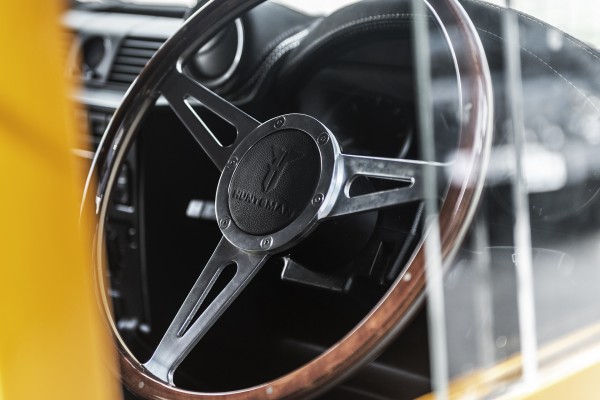 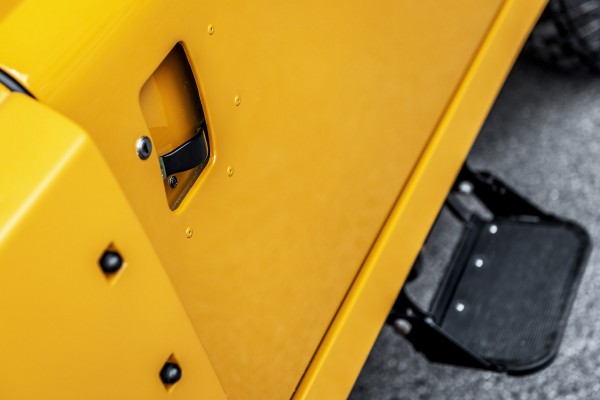 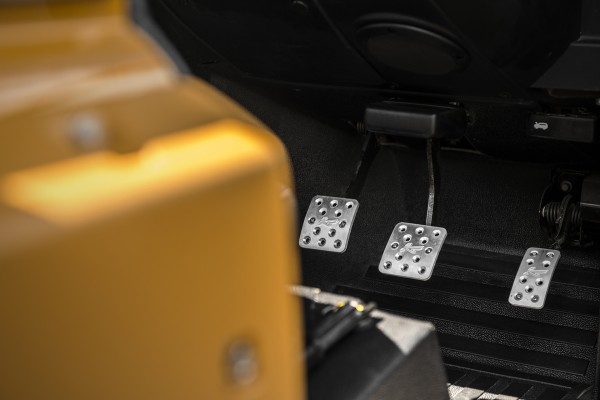 The above Flying Huntsman Conversion has a value of £98,000

A superlative expression of the Land Rover Defender - tougher and more recognisable than any of its contemporaries, the Homage II edition is a retro classic model, based on the Series 2 Defender.

As opposed to opting for an ultra-modern construction, principal British Designer, Afzal Kahn, inspired by recreating the series 2 Defender, has decided to add an old-school feel to this special vehicle.

Re-worked and adorned with numerous aesthetic, mechanical and engineering upgrades, the redesigned silhouette, coupled with Kahn Design’s usual exceptional standards of craftsmanship, and renowned styling, we are talking about a one of a kind model, which makes a definite and lasting statement.

Named the Homage II edition, this vehicle conveys excellence, with over 8 inches added to the standard 90-inch wheelbase along with an extra 200mm of bodywork, just ahead of the windscreen, giving the vehicle a unique look.

The vehicle also features a new front grille which sits proudly at the front of the vehicle, along with a re-designed lighting set up which consists of indicators, headlights and driving light which have been aligned strategically to ensure the front end of the vehicle resembles the iconic series 2 Defender.

“The Defender is probably the most iconic and well-loved British vehicles in existence,” commented Afzal Kahn, CEO and creative director of the Kahn Group.

“With the series Homage II edition, I set out to create something fashionable, iconic and revolutionary which carries on the spirit of the Defender.

“Everything on this car, from the mechanical and engineering upgrades to the custom stitched leather, has been created at our state-of-the-art laboratory.”

“These days it’s not what you wear, it’s what you drive, and I believe discerning fans and clients will instantly recognize this vehicle as a real tribute to the legend that is the Defender II model.”

This Vehicle is based on a 2015 Landrover Defender

With over 20 years of experience in the industry, each of our vehicles is tailored to precise specifications and designed to maximise comfort and quality.

Our in-house creative team of product designers, 3D modellers, graphic artists, coachbuilders, re-upholsterers and material engineers spend thousands of hours and millions of pounds developing and refining each of our products until they meet our exacting standards of craftsmanship.

We redefine the spirit and aesthetic of each vehicle, always placing sophistication before ostentation, and originality before convention.